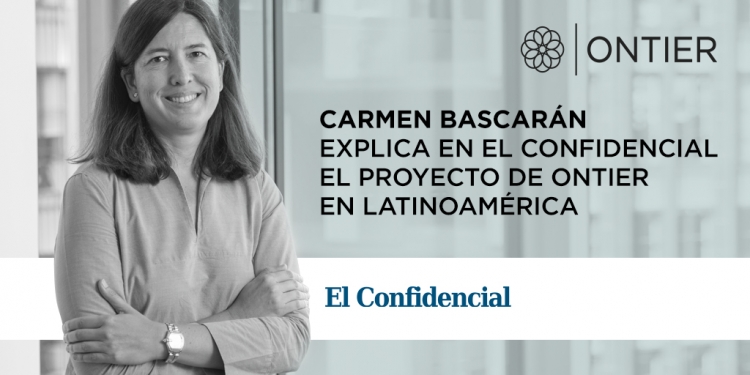 The digital newspaper El Confidencial, one of the most widely spread media outlets in Spain, has published an article on the presence of Spanish law firms in LaTam, which indicates a special interest in the four countries that make up the Pacific Alliance: Chile, Colombia, Mexico and Peru. ONTIER has fully expanding offices in all of them.

The article by El Confidencial says that the Spanish legal sector is looking into Latin America. In recent years, many Spanish law firms have landed in different parts of the continent, and more and more are looking closely at this region due to the interest it arouses in their own clients. Four countries in particular stand out as particularly attractive: Chile, Colombia, Mexico and Peru. Together they make up what is known as the Pacific Alliance and they are a key area for law firms that want to start providing services in this territory. However, landing in this part of the world is not always easy. Despite sharing the same language and having certain cultural (and even legal) similarities, it is necessary for firms to previously design a strategy in which they must take into account a wide range of factors, such as the degree of interest shown by their clients, the type of presence they want to have or whether it is a temporary or long-term project, among others.

ONTIER's Managing Director Carmen Bascarán, consulted by El Confidencial, points out that when the firm arrived in this territory 'we wanted to project an image of an international and at the same time local firm to show that we know the market', she recalls. This is achieved, she believes, by transferring the common global values adapted to the culture of each country. The firm, according to the article, landed in Latin America in 2010 and, since then, in the words of Carmen Bascarán, 'we have seen a constant flow of Spanish and international companies with interests in these countries.'

The full article is available here.