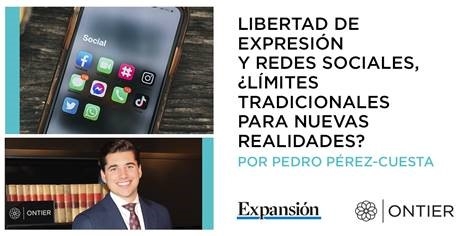 On 18 May, Spain's Constitutional Court handed down an important and pioneering ruling setting its criteria regarding the scope and limits of the fundamental right to freedom of expression on social networks, the first in which the court of guarantees addresses this issue. This ruling, which is not peaceful, has an interesting dissenting opinion in which it disagrees with the majority of the court.

The ruling approved by the majority of magistrates establishes that 'the transformation derived from the new forms of communication and the generalisation of their use does not produce an emptying of the constitutional protection of fundamental rights and neither does it alter, from a substantive or material point of view, the criteria established by our reiterated doctrine on the function of this court to assess whether there has been an infringement of the right to honour, nor does it modify the content and scope of the fundamental rights that must be weighed up when an infringement is invoked'. In the Court's own words, 'if the conduct is harmful to the right to honour outside the network, it is also harmful inside the network.'

On the other hand, the dissenting opinion of a judge laments the automatic and unqualified transfer of pre-existing jurisprudence to cases in which the dissemination of the message takes place via these platforms. According to the judge, this procedure does not allow for an adequate judgement of proportionality with regards to the limits of the exercise of freedom of expression.

According to Pedro Pérez-Cuesta, Lawyer at ONTIER's Litigation and Arbitration Department, 'social networks are here to stay, modifying our lives in ways that we are not yet fully aware of. Some authors even argue that these platforms constitute authentic 'virtual villages', in which an increasingly large segment of society develops (part of) its life, and fully exercises its rights.”

The ONTIER lawyer concludes that 'to the extent that the role of social networks as a place for the exercise of rights will increase, it is imperative to understand how these platforms work, and what use and role their users give to them.'